Donate
DomovCampaignsCampaignsCampaignsCampaignsKlimatická krízaKlimatická zmena sa nás týka
We in the Human Rights League are aware that the climate crisis is serious.
CLIMATE STRIKE – IT IS ALL OR NOTHING – 20/09/2019 11:00
Many families and entire communities suffer from the effects of climate change, which often forces them to leave their homes and seek new life somewhere else - within their home country or abroad. But it affects us all. Therefore, we decided to be one of the 71 NGOs that support the Klimaštrajk: For the Future of All of us - Bratislava, organized by the student initiative Fridays for Future Slovakia, which took place on September 20th, 2019 at 11 am in squares in Bratislava, Košice, Banská Bystrica and Žilina. Read our joint NGO statement on climate strike. Learn more here.

CLIMATE MIGRANTS - FACTS AND TERMS
Climate refugee or climate migrant? What term is better to use? How does international law address their status? Read more in our post or see this infographic. 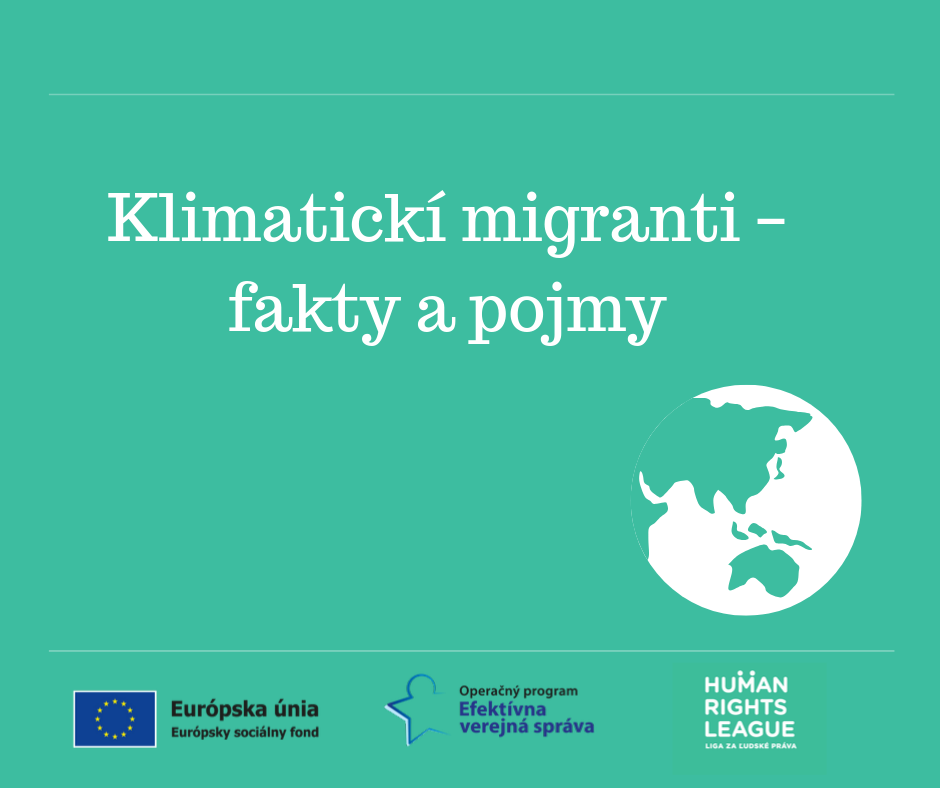 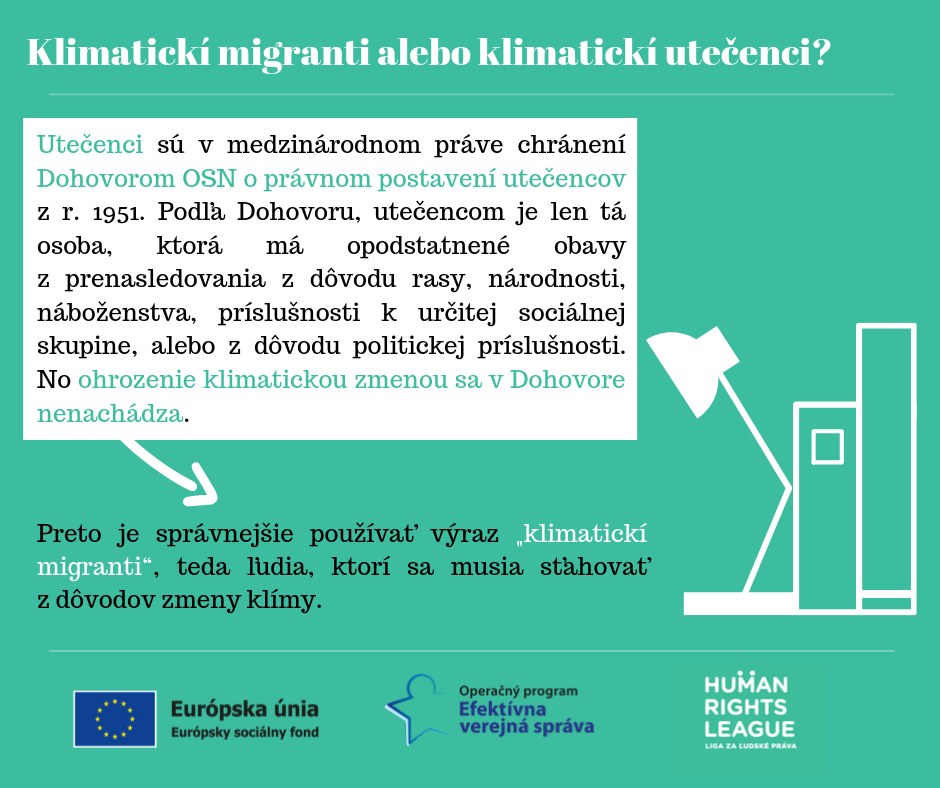 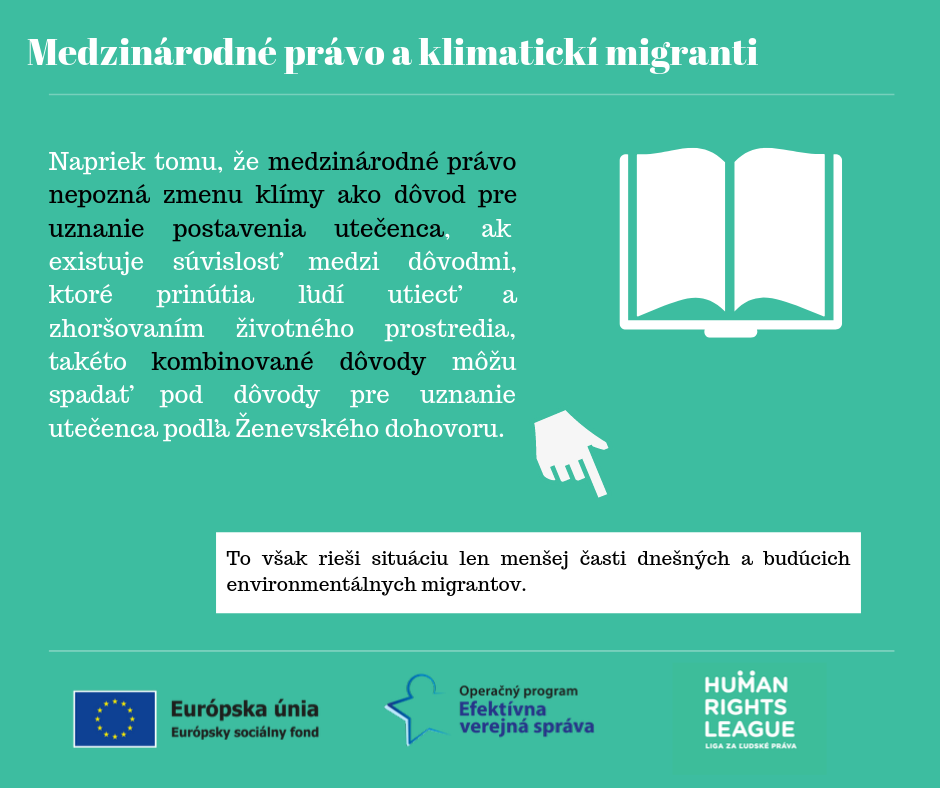 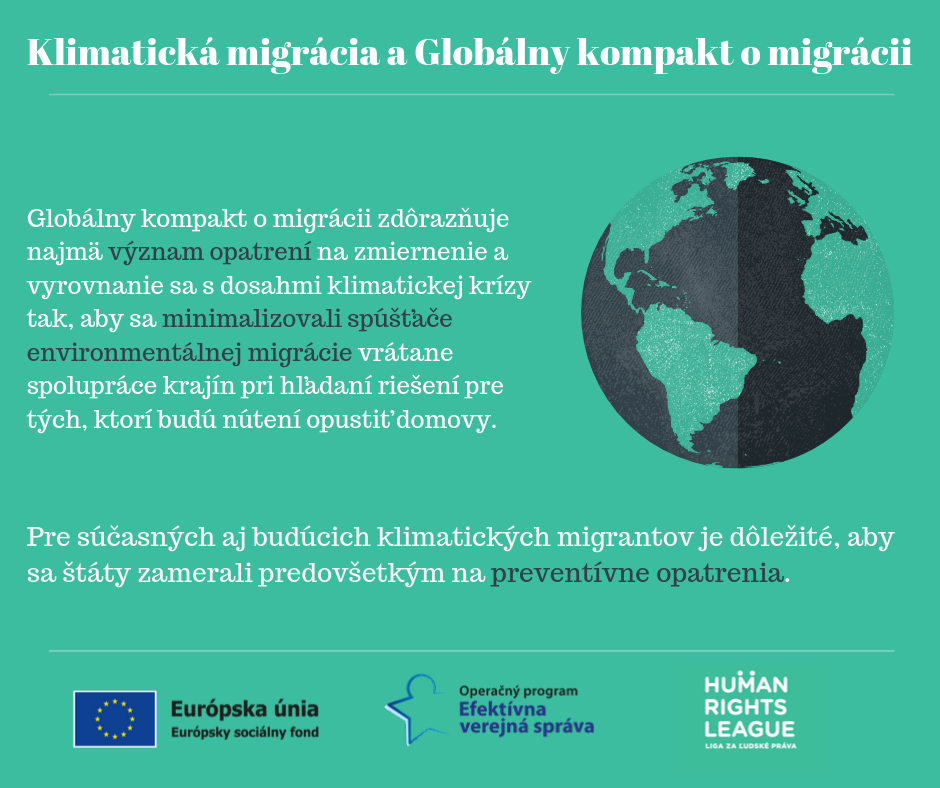 DO CLIMATE REFUGEES REALLY EXIST?
If we had not fallen into hysteria, we could have contributed to the solution. You can read more on SME blog of Zuzka Števulová (in Slovak).

DISCUSSION ON THE IMPACTS OF CLIMATE CHANGE ON MIGRATION
On the occasion of the annual report of Minority Rights Group International on Trends in Excluded Minorities and Indigenous Peoples in 2019, we organized a discussion in English on Climate change: its impacts and climate refugees. The discussion was attended by representatives of Minority Rights Group International, Carl Söderbergh (Director of Policy & Communications) and Anna Alboth (Media Programs Coordinator), as well as then-director of the Human Rights League Zuzka Števulová. Discussed findings, photos as well as a record of the discussion can be found here.

REPORT OF MINORITY AND INDIGENOUS TRENDS 2019
Minority Rights Group International (MRG) on June 27th, 2019 in Bratislava, presented this year's edition of its annual report entitled “Minority and Indigenous Trends”. This time the report takes a closer look at the effects of climate change on minorities and indigenous peoples. They are particularly vulnerable because of the discrimination and exclusion they face. You can read more about the report in English here.

We had the opportunity to meet with Carl Sӧderbergh who is behind the preparation of this report. In the next interview you will learn about the problems that climate change brings and how many people's lives were affected in 2018.