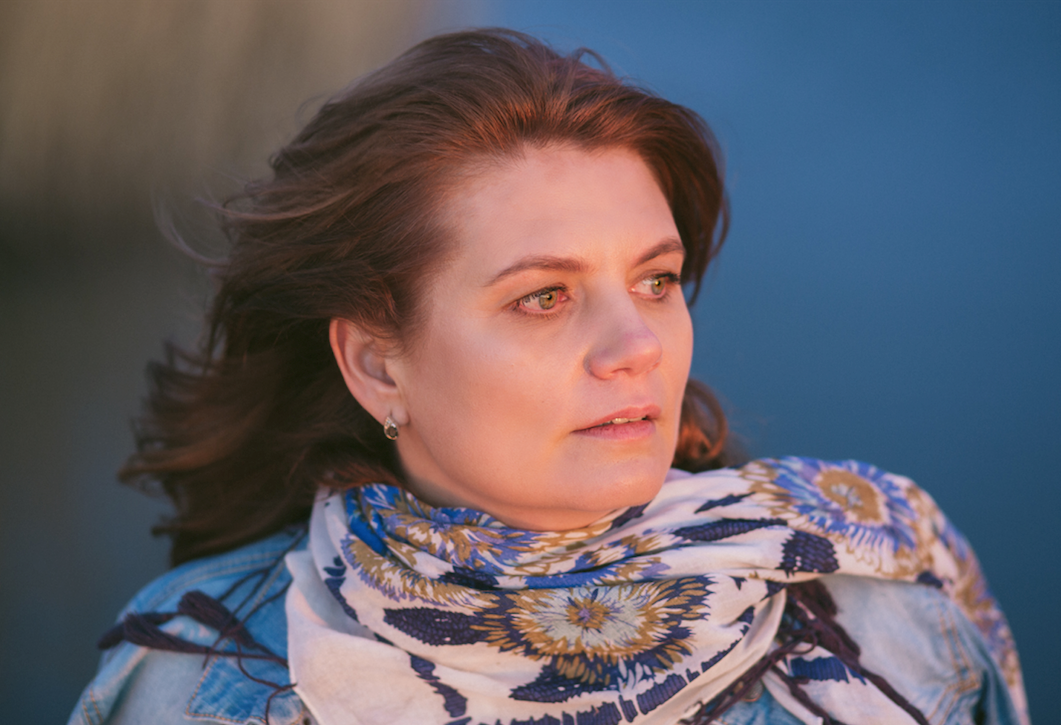 I come from the most southern and most beautiful part of Ukraine – from Crimea. I was born there, graduated from the Faculty of Law of the Tavrichesky National University and immediately after graduation I was offered to stay to work at the same faculty where I studied. Soon I started PHD program at Academy of Law in Kharkov city and moved to live there, but at the same time continued to work in Crimea. At this point in life, my sedentary life finished and my nomadic life started. On the day of my dissertation defence, I was offered a job in Kiev. So, I moved to the capital of Ukraine, where until recently I worked as an assistant professor (docent) at the Kiev University of Law, National Academy of Sciences of Ukraine. Already being a scientist, I became an intern at the universities of Hungary (CEU) and Canada (Toronto University), so even before coming to Slovakia, I already had experience as an expat in Budapest and Toronto.

My family and I came to Bratislava in the Summer of 2014 due to the fact that my husband was transferred here for work. Before we have not thought of Slovakia as a country in which me and my children would stay to live.

I have not had time to think of cultural shock or differences; after annex of Crimea I was primarily interested in helping people affected by conflict, in which I have continued also from Slovakia

In the year we moved to Slovakia, my small homeland Crimea was annexed. Many of my school friends, relatives and former work colleagues began to leave Crimea. So just before leaving Ukraine, I began my volunteering: first of all, helping Crimeans, and later those, who suffered from the hostilities as a result of the Donbas war. Being busy with my projects, I did not pay much attention to our move and the first thing after arriving to Bratislava was looking for the people here, who were ready to come together in order to help Ukraine. Therefore, at first, I did not experience any shock or even difficulties associated with adaptation and relocation, on the contrary, I quickly found many new friends, with whom we were united not only by a common goal - to help people affected by the war, but also by common views on life.

It was not rather a pleasant feature that the life with kids here is very easy and convenient. It is safe, there is good and affordable infrastructure for children. In general, the local culture of raising children seems to me to be well-formed: Slovak natural politeness, restraint and calmness create a very friendly atmosphere in which children grow and develop easily and naturally. Also, here in Slovakia people are being taught to take care of nature from the very childhood - this is a big advantage that we, Ukrainians, should learn as well. Perhaps, I still cannot get used to the fact that no one is in a hurry here. In Ukraine, the rhythm of life is completely different, much more intense.

On the contrary, as foreigners we face difficulties living in Slovakia accessing health care, especially if you need advice from narrow specialists. It was also not easy, especially at the beginning, with the service sector. It took ages to find someone for minor house repairs. With time you get used to the fact that you need to queue up for such specialists and negotiate appointments with them in advance.

For those who are just planning their move to Slovakia, I advise to prepare in advance: learn the language, first of all. In addition, it is very important to be aware of reliable sources of information about the current rules for obtaining a residence permit, employment, study, business. In Ukraine, unfortunately, this kind of information (about rules in Slovakia) is delivered through intermediaries, and is not always objective.

Going through Covid-19 lockdown was really difficult for me though. Especially when the school closed and I had to add online education of my two sons on the list of my responsibilities. The most difficult thing in the spring (during the first lockdown) was anxiety that I will not have any time and energy for my own development. Therefore, I am very glad that now, during the second lockdown, I am remotely studying the Rule of Law for Development Program (PROLAW) at Loyola University Chicago (U.S.). And although my worries have not diminished, my daily study does not allow me to think that life is passing by and time is being wasted.

Ukrainians and Slovaks, we were helping together as “SME SPOLU”
From the very first days of moving to Slovakia, when I started looking for people with whom I could collect help for Ukraine together. First of all, there were local Ukrainians, Slovaks and citizens of other countries living in Slovakia gradually entered circle of volunteers. First, we created a group for assistance to Ukraine in the Facebook, thanks to which we coordinated the collection, transportation and transfer of aid from Slovakia to Ukraine (later this group grew into a FB page @UkraineSlovakiaSOS). This group grew rapidly, we began to meet more and more. We were greatly motivated by the arrival of wounded Ukrainians to Slovakia for treatment and rehabilitation. We visited them together in hospitals, met more often in person and became friends. Since Christmas 2014, every Saturday we went out to charity gatherings in Bratislava, Stara Trzhnitsa. In early 2015, we registered the charitable foundation "Ukraine-Slovakia SOS" in Ukraine and the non-profit organisation of Ukrainians in Slovakia SME SPOLU.

Soon it became widely known in Bratislava that Ukrainians were gathering at Stara Trznitsa on Saturdays. Our table with the Ukrainian flag has become a place of weekly meetings and acquaintances. During 3 years, standing at our stall on Trznitsa, I met a huge number of people, most of whom were local Ukrainians. 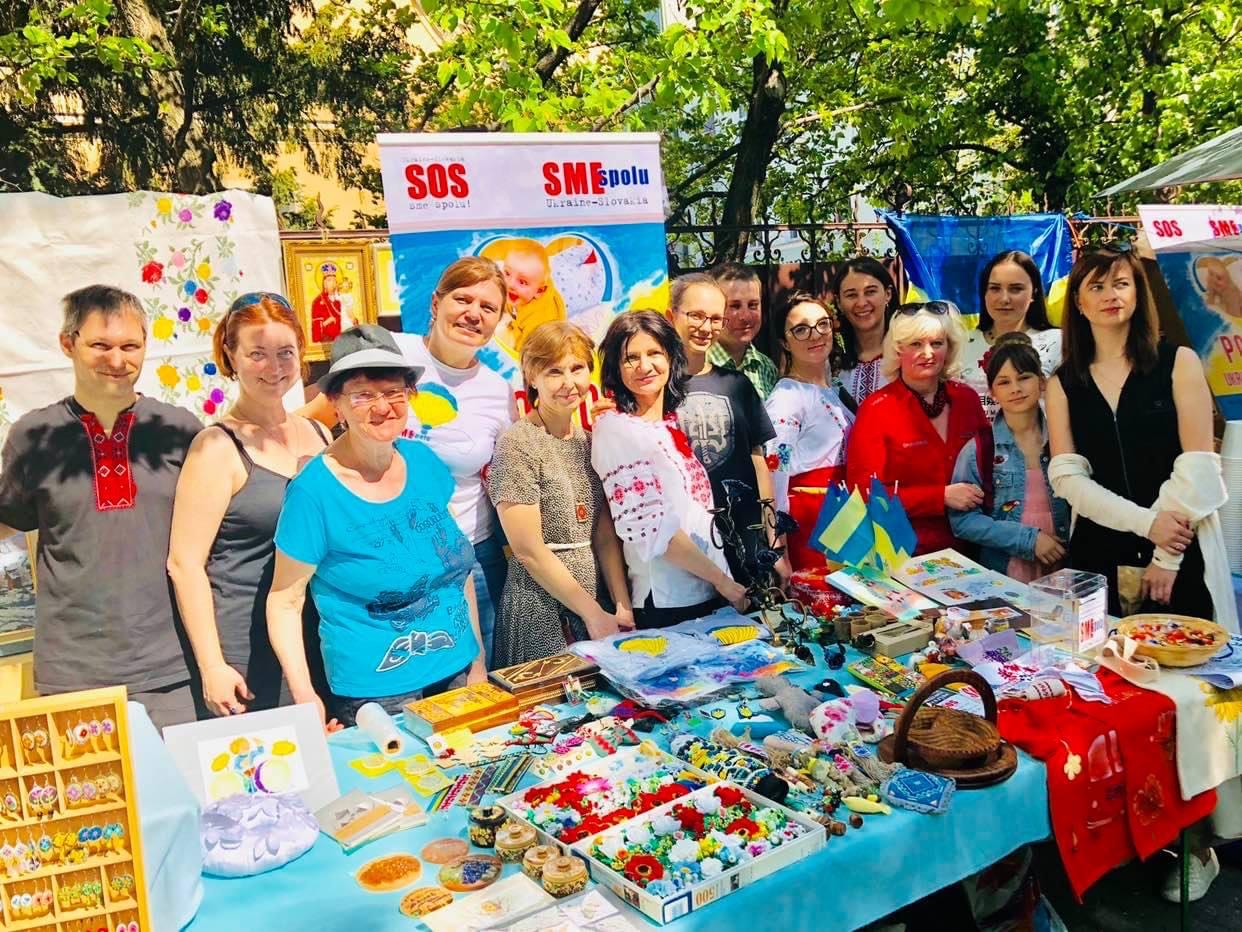 Photo: Anna with her colleagues from SME SPOLU

Gradually, in addition to collecting material help, meetings on social networks, we began to discuss vital issues of life here in Slovakia. Newly arrived Ukrainians came to ask for advices, looking for answers to questions related to their integration in the new country. So I realized there is a huge need among Ukrainian migrants of objective information about the rules of life in Slovakia. People are looking for practical advice on where and how to find a good job, how to register children in kindergartens and schools, how to enter a Slovak University, register for a doctor, apply for a pension, receive other social benefits, etc. More and more often, Ukrainian migrants realize the need to protect their legal rights and interests. As a Cultural Mediator of Ukrainians in Slovakia I would like to help with that.

It has been 3 years now, since I have started cooperating with IOM in Slovakia as a cultural Mediator of the Ukrainian community. In this capacity, I act as a de facto connecting bridge between the IOM Migration Information Center (MIC-IOM) and Slovak migrants of Ukrainian origin. 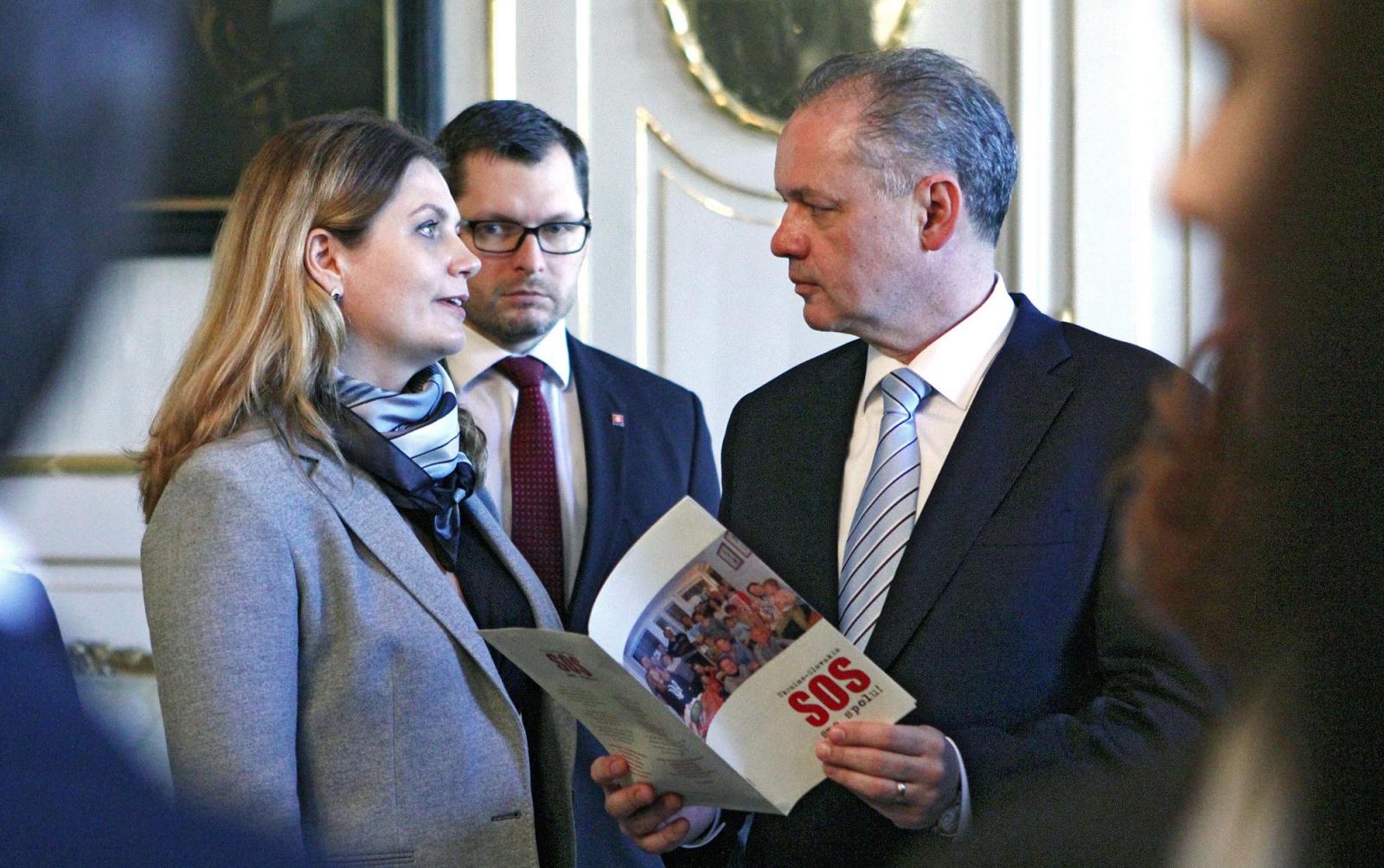 My task as a Cultural Mediator is to accumulate the main issues that Ukrainian migrants face in the process of their integration in a new country, Slovakia. Thereafter, I formulate requests on certain most important topics and pass them on to the international and Slovak organizations that help migrants to integrate and also protect their rights. A number of such questions grew into seminars - meetings of Ukrainian migrants with experts on specific topics. For example, a meeting of Ukrainian migrants, employees of the Slovak factory with a lawyer was organized. Lawyer explained about employment rights in Slovakia.

All labour migrants ask the same questions. How a labor contract should be concluded correctly, what the minimum wage and maximum working hours in Slovakia are? How long can you be on vacation? Can labor migrants independently change their employer and how to do it correctly? How to get sick leave? How to get insurance compensation in case of injury at working place, etc. Also, at this meeting, migrants could ask their individual questions to a lawyer. There were a lot of questions. As a result, the discussion was very active, and I got great satisfaction from the fact that she really helped a lot.

I think that this is the most important thing that a Cultural Mediator should do - to help his fellow countrymen to find correct and competent answers to important questions for them, related to establishment of their new life in Slovakia. It is especially important to help socially vulnerable groups of migrants: families with many children, single mothers, people with disabilities, the elderly, and low-income migrants.

One of the most numerous and most vulnerable groups among Ukrainian migrants, from my point of view, are labour migrants or migrant workers. These people who with the help of intermediaries of formal or informal background, disappear here to work. Similar groups of working migrants usually live compactly and isolated, they do not know the language at all and do not have the opportunity to learn it, so to say, they experience many difficulties with integration in Slovakia. Very often they are being discriminated, so one of my main goals as a Cultural Mediator and as a research lawyer for the Rule of Law for Development Loyola University in Chicago (U.S.) is to help them.

Personal testimonies of foreigners were published as part of activities of the KapaCITY project, which is co-funded by the European Union from the Asylum, Migration and Integration Fund and the Internal Affairs Funds. 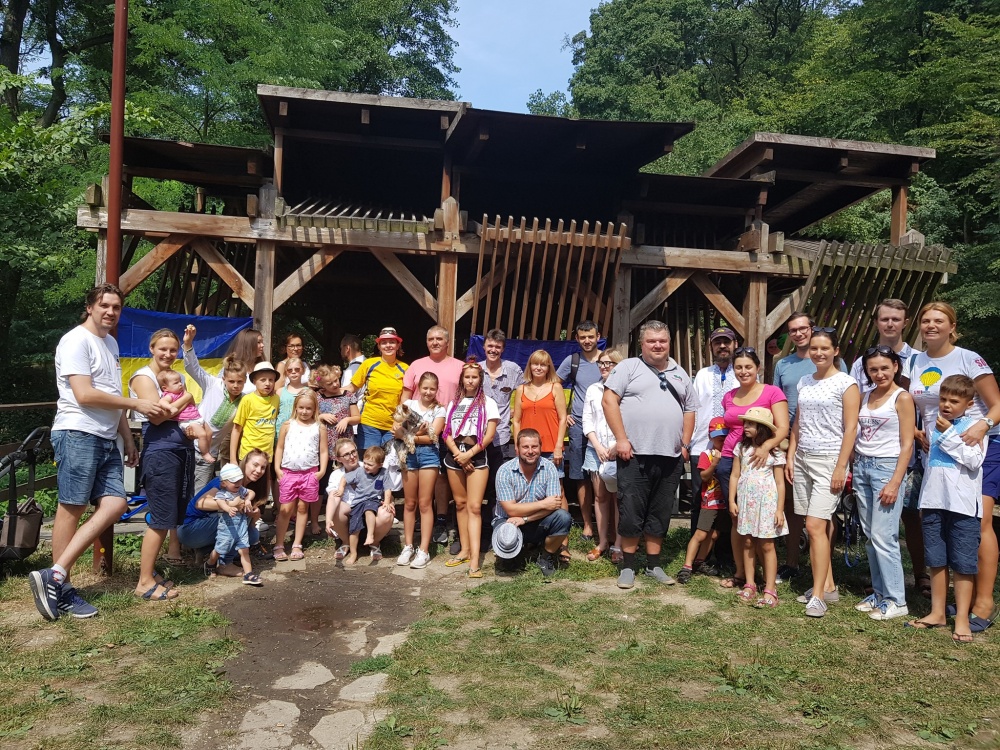 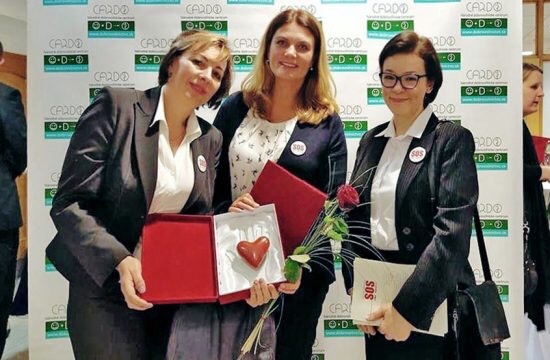 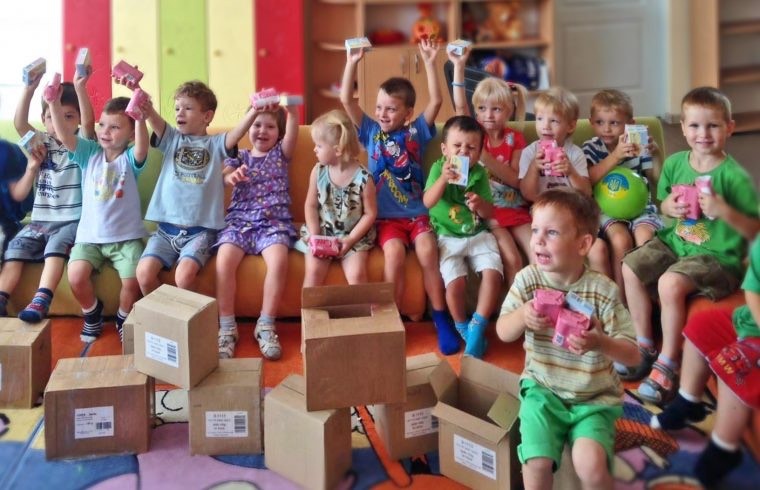