Donate
DomovAbout usNewsPrvé stretnutie s cudzincami o ich integrácii v Trnave
The first meeting with foreigners in Trnava was held on 6 May, attracted around 40 people, connected city and foreigners, but also highlighted challenges which must be solved.

On May 6th, the Human Rights League, Marginal NGO, CVEK, and Milan Simecka Foundation, organized in the project KapaCITY, held the first discussion with foreigners in the city of Trnava. The discussion has been co-organized with City of Trnava, whose employees Ms. Jana Žišková and Ms. Monika Trubanová participated to the meeting.

Approximately, between 35 to 40 people participated in this first effort to connect the foreigners and learn more about their experiences of integration to that city. 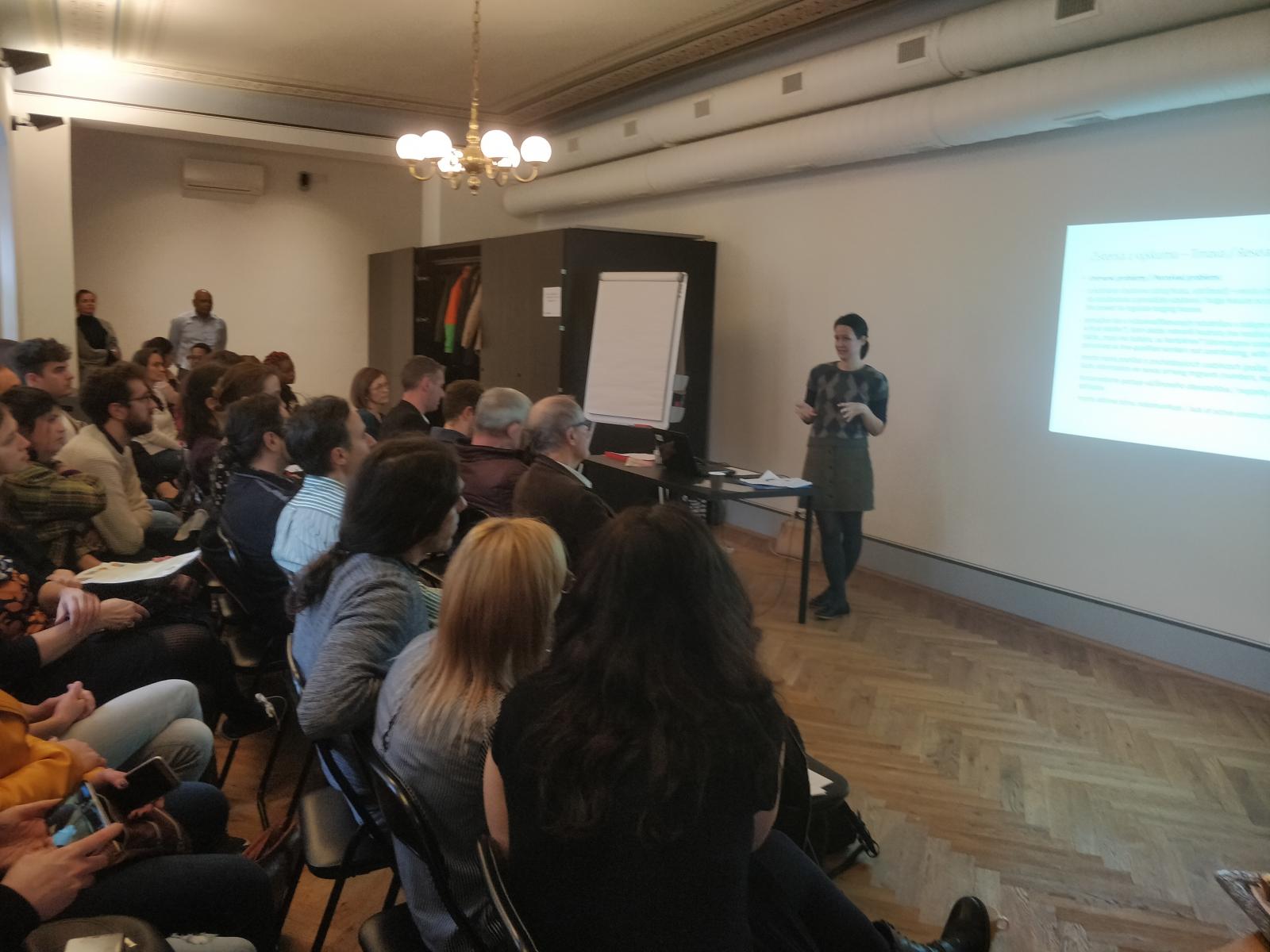 The meeting started with a research presentation on the situation of migration and integration in Trnava, followed by a presentation on the rights and duties of the municipality (both Trnava region and Trnava City). Then, a questionnaire was distributed among participants to obtain relevant feedback on the general integration of foreigners to the city and to collect contact information for future project activities. The meeting concluded with a Q&A session where most of the participant’s inquiries were sorted and explained in detail.

By circulating the questionnaire on integration during the meeting, we were able to collect pertinent information based on foreigners' actual experience. While not everyone had a chance to finish the questionnaire during the event, and as we continue to gather more answers to draw legitimate conclusions, below are some preliminary findings intended to illustrate how foreigners feel about their integration in the city.

The meeting gathered an interesting mix of fairly new arrivals with long-lived, and presumably integrated, individuals. Almost half of our attendees, who filled out the questionnaire, have lived in Trnava for more than eight years, but others have arrived in the city within the last two years.

When it comes to pros, most people found positive the size and the quietness of the city. Also, the majority of the foreigners living in the city, who took this survey, found that Trnava's geographical location was convenient since it is close to Bratislava and Vienna’s airport.

On the other hand, the escalating prices, and language barriers with primary institutions and services like school, the police, doctors and other city’s inhabitants appear to be of the main concerns

The responses suggest that the greatest challenges in Trnava for foreigners are the language barrier and/or acquisition of Slovak language, and housing or flat availability. Other challenges include low local income, the difficulty of meeting new people, perceived racism at schools, the weather during the winter time, and last but not least important the difficulty of communicating with the police. These issues have been raised and highlighted during Q and A session as well.

CONCRETE STEPS FOR THE INTEGRATION OF FOREIGNERS
(Based on participants’ responses)

The final part of the training focused on questions by participants with the aim to draw some conclusions on which concrete steps for integration would be needed.  In general, the participants feel that language is a great barrier to fully integrate into the city of Trnava, many expressed needed more information in English while they continue to learn the local language.

Also, more spaces for multicultural events like a language cafe between foreigners and locals. Some other suggested finding a way to ease the flat/housing arrangments in the city.
Finally, an online platform with guidelines for foreigners living in Trnava was presented. 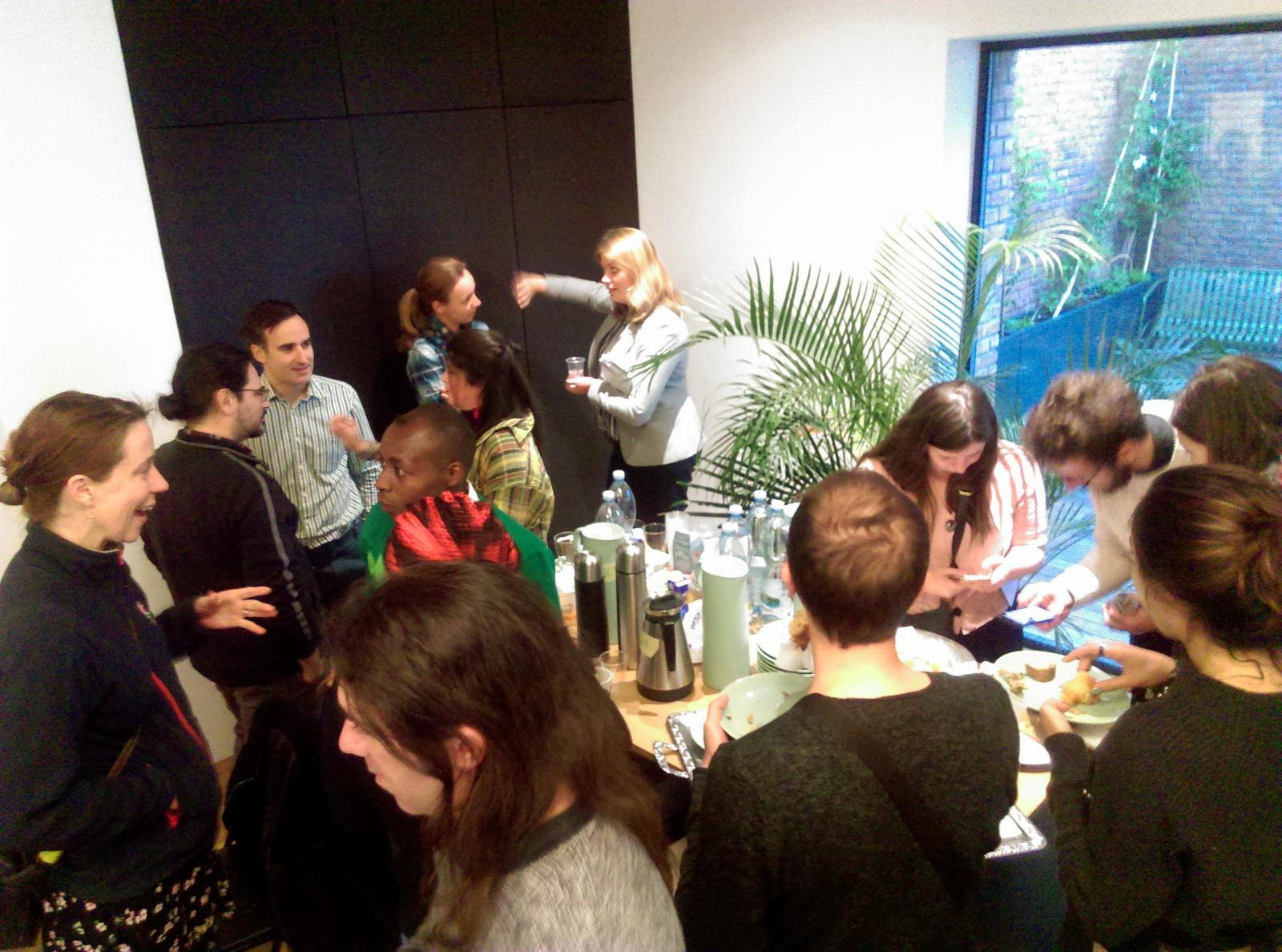