Donate
DomovAbout usNewsKomiks Uletenci navštívil aj Banskú Štiavnicu
On Sunday, April 28, 2019, our comic book Uletenci was presented in Art Cafe to the local readers.
Uletenci is a comic book that describes real stories of five people, foreigners - refugees who were forced to leave their country and to find a new home and new life in Slovakia. The book was published in 2018 by the Human Rights League.

The Uletenci comic book is a joint work of a Human Rights League lawyer Katarína Fajnorová, a Catholic Charity social worker Katarína Marinová, and an artist Daniela Krajčová. It is intended especially for children from the age of 10 years.

After the presentation of the book, a discussion with the authors of the text and illustrations followed. A young refugee from Afghanistan, Bakhtu, came to tell his story too. He came to Slovakia as a child alone without his family. The audience was probably most impressed by his story, as he was telling why his parents decided to send him abroad, how his half-year trip from his native Afghanistan looked like, how were the first months of his life in Slovakia, or  how the first call to his mother after a year of separation looked like.

The artist Daniela Krajčová, an illustrator of the book, who has been working with refugees since 2009, concurrently took part in a monthly artistic residence in the residential center Banská Stanica in the framework of the EDU AIR program in April and residents of Štiavnica could meet her at many artistic workshops organized by civic association Štokovec within the activities of the City of Culture 2019.

We would like to thank the Art Cafe for organizing an engaging discussion and the Bratislava Region for the support of the comic book publishing. 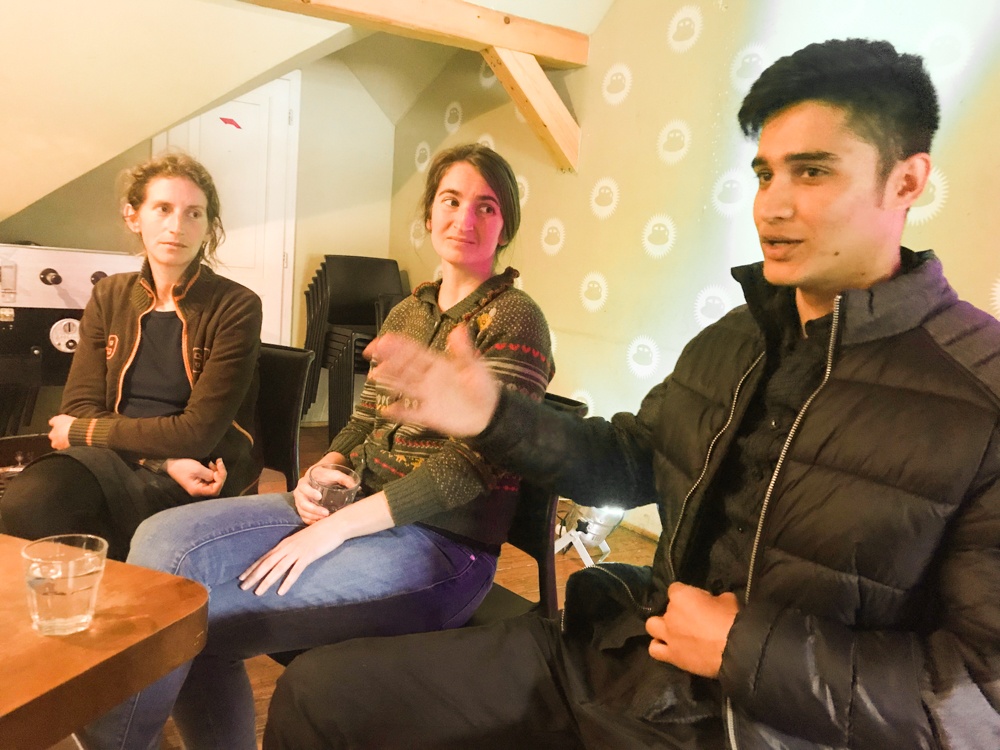 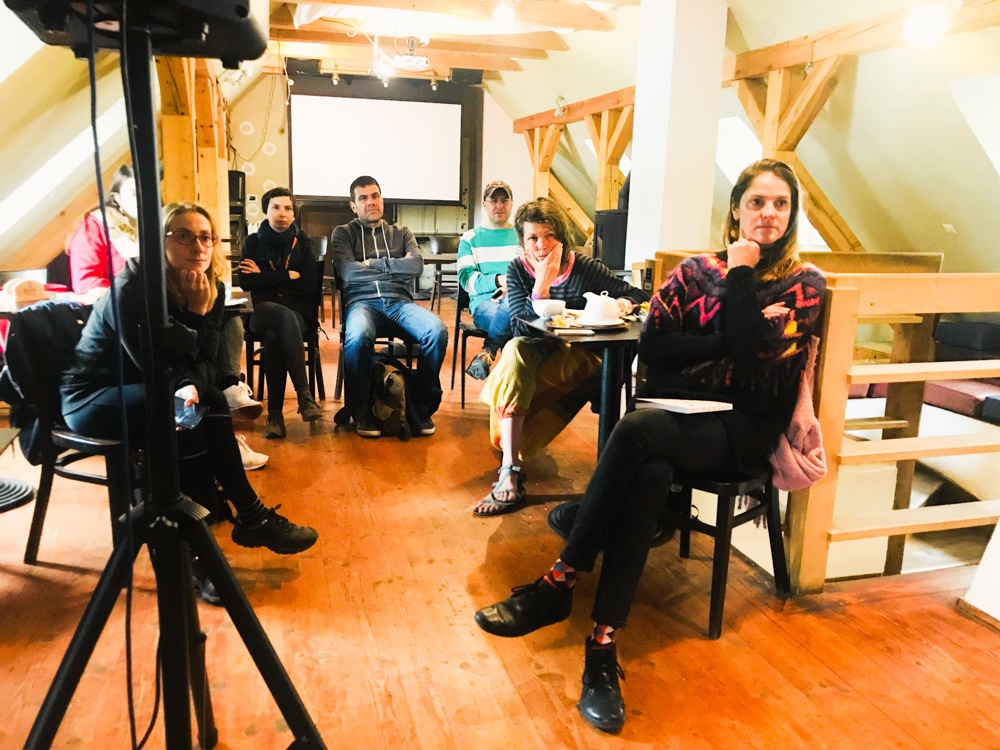 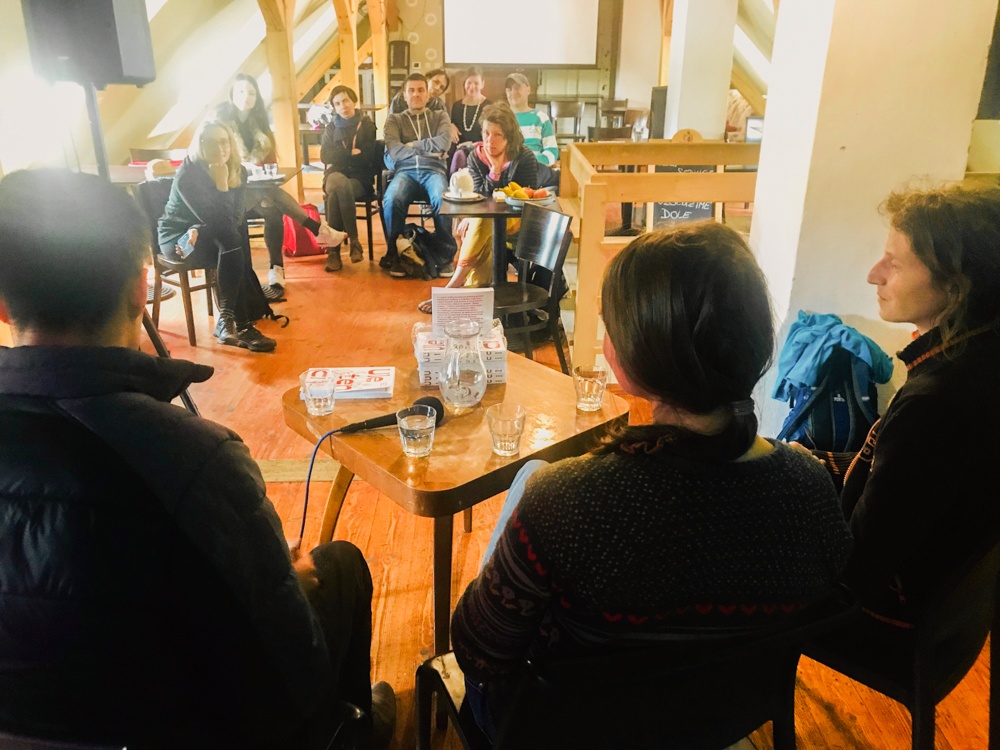 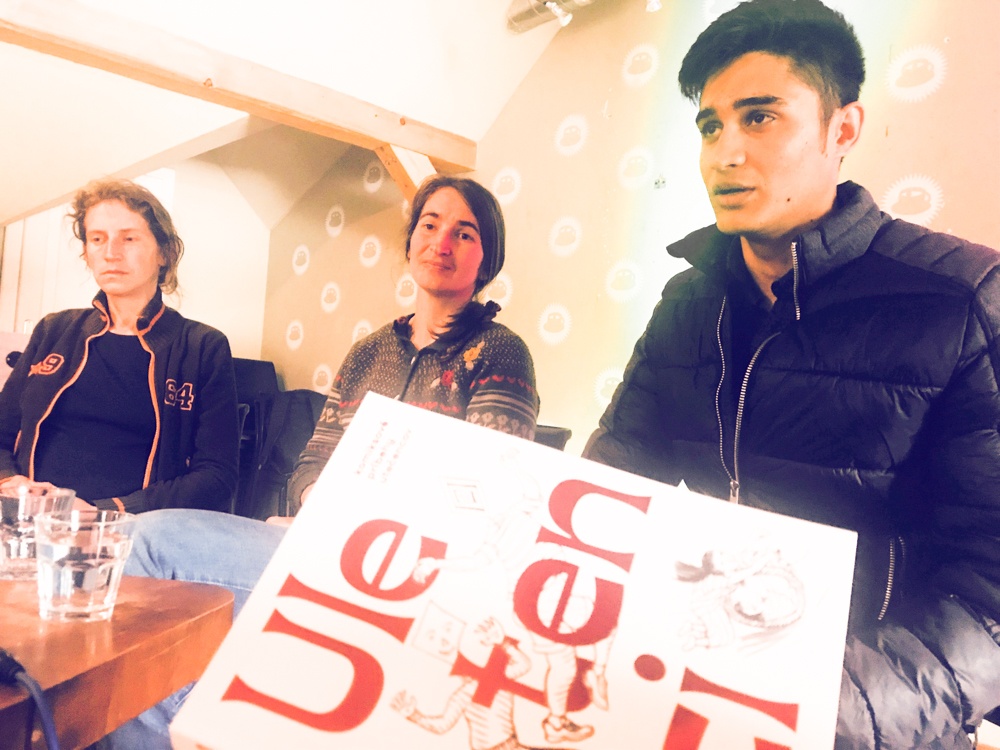