Donate
DomovMigration InfoKnow your rights - Hate crimeSom obeťou nenávisti?
Have you been the victim of a crime? Don't you know what to do and what are your rights?

Who is victim of crime?

A victim of a crime is any person to whom harm has been caused by another person who committed a crime, whether it is bodily injury, property damage or psychological damage, such as stress or anxiety. You are a victim of a crime even though you were unaffected by harm.

Anyone of us can become a victim of crime, regardless of gender, race, nationality or religion.

It doesn't matter whether the perpetrator is identified and punished. It doesn't matter if you reported the crime to the police. If you have suffered harm as a direct result of the crime, then you are the victim.

How do you know you've been the victim of a hate crime?

A hate crime means any prejudiced physical, verbal or other attack against you because of your specific trait, such as skin color or religion. Victims of hate crimes are seen as particularly vulnerable victims; as a result, these people are entitled to a higher, extended scope of protection from the state.

In this video, we will explain to you who is considered a victim of a crime and what rights belong to victims of such acts:

Your rights as a victim of a crime:

Throughout the criminal proceedings, i.e. in the police, but also in court, you may be represented by an attorney. This must be a person with legal education, ideally a lawyer with experience representing victims in criminal proceedings. This representative will be present with you at all proceedings, you will be able to consult him on your rights and obligations and he will explain the content of the documents to you.

As an aggrieved party, you are certainly interested in the length of the criminal proceedings. It’s very individual, but criminal proceedings in Slovakia usually take months or even years. During the entire period, you may have to testify several times about the attack. Such an experience can be difficult and exhausting, so don't be ashamed to contact a psychologist if necessary.

If you believe that you have been the victim of a hate crime committed in connection with your nationality, citizenship, religion or, in general, your status as a foreigner, and you would like to have more information on your rights, please contact us. We are at your disposal, ready to help you.

In the attachment, you can download the information of your rights in French, Arabic, Persian and Pashto and at this link, you can watch videos in different laguage versions.

More information is available at the website of Crime Prevention Department of the Ministry of Interior.

This information is provided under the project SalamSK - Combating Islamophobia and supporting hate crime victims in Slovakia. The project is funded by the European Union, Rights, Equality and Citizenship Programme (2014 - 2020). 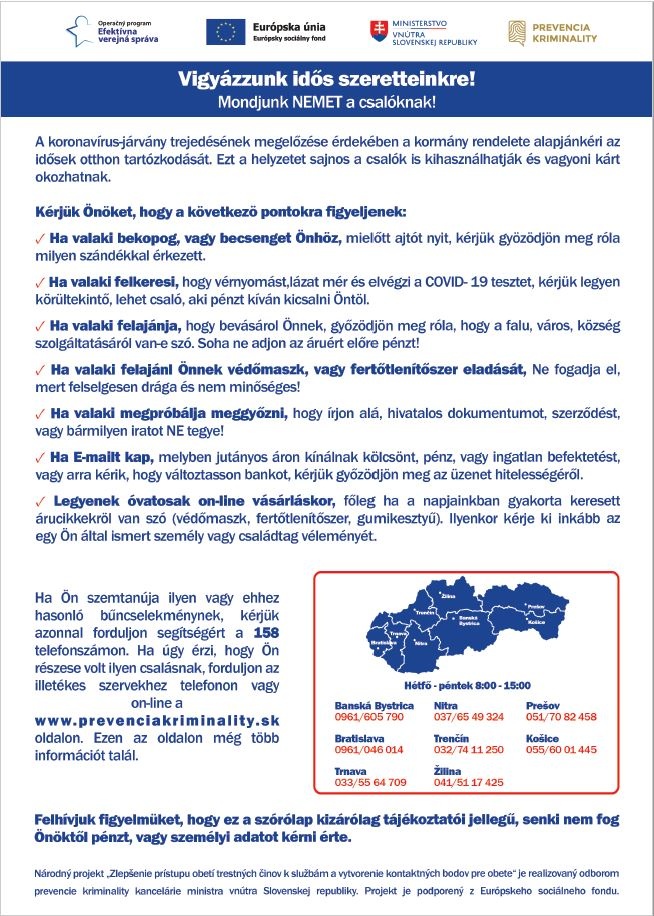 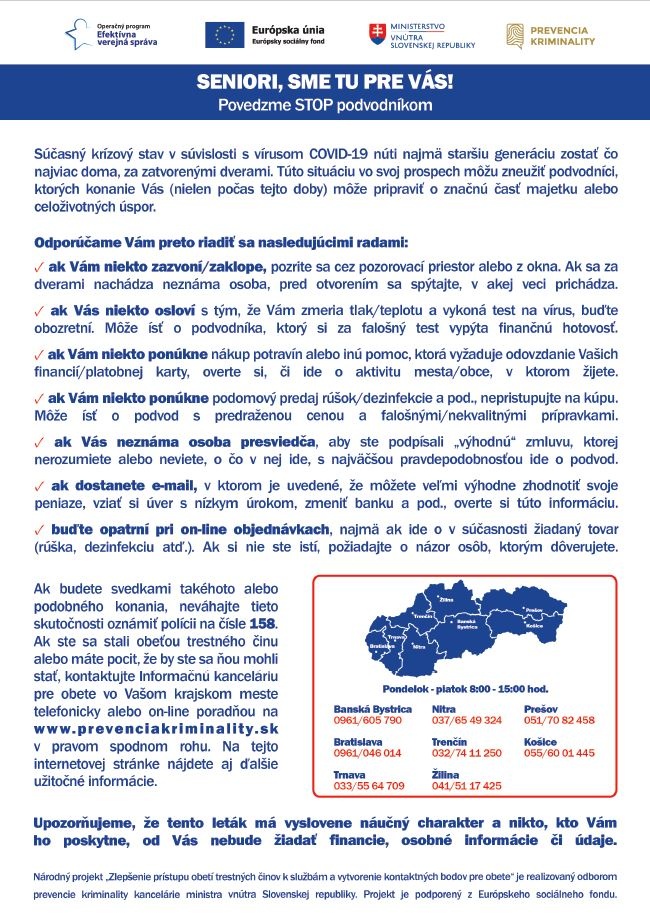