Twenty-one people participated in the first effort to educate the foreigners on how to exert their right to vote in local elections. The meeting focused first on a questionnaire filling to obtain feedback on general foreigners integration in the city of Bratislava, followed by a presentation on civic rights and voting logistical and general information on voting in the city of Bratislava and its four districts. Information on English informational outlets was given to the participants. Finally, the meeting finalized with a Q&A session where most of the participant’s inquiries were sorted and explained in detail.

Pros and cons to live in the city of Bratislava 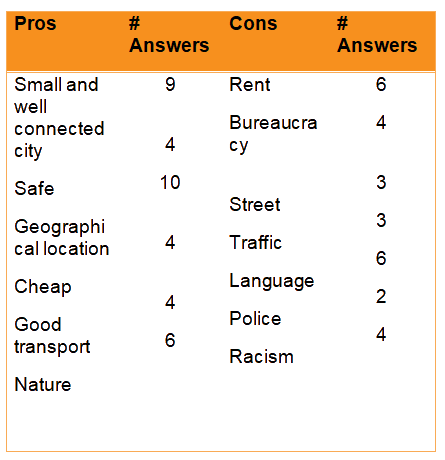 In general, the attendees’ answers gravitated similarly between the cons and the pros of living in a city like Bratislava. For instance, most people found positive the size of the city for its all-purpose convenience. Also, most foreigners living in the city, who took this survey, found Bratislava's geographical location appealing. On the other hand, high rent trends and bureaucratic paperwork appears to be the main concerns of migrants living in Bratislava.

How long have you lived in Bratislava 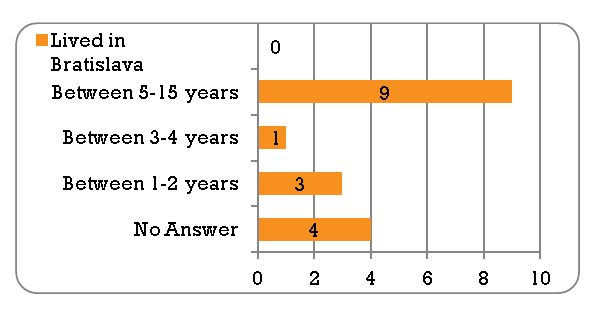 The majority of our attendees have lived in Bratislava for more than five years as revealed by the chart. Meaning that the info session presented will assist those individuals eligible to vote on the next local elections.

Challenges faced by other expats/migrants in Bratislava

Many of our attendees agreed and shared that in their network or other known expats/migrants believe that the greatest challenges in Bratislava are the miscommunication between them and the foreign police or/and bureaucracy, housing, and lastly but not less important the difficulty of learning the Slovak language.

Do you have enough information about elections in Bratislava? 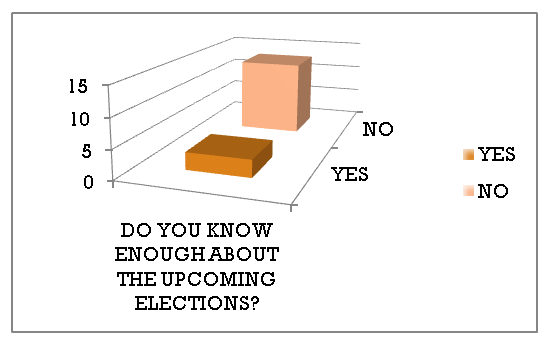 According to our survey, participants mentioned the lack of information available for them regarding the upcoming local elections. Many expressed their interest in learning more about candidates and the election process. Many manifested the relevance of getting information in English or how appreciative they would be if the candidates would introduce themselves and their platforms and proposals for the foreigners’ community.  Thirteen of the surveyed participants mentioned not knowing enough about the elections, simultaneously, three responded to have sufficient information and one person noted that there is information about the process but not about the candidates and their proposals. 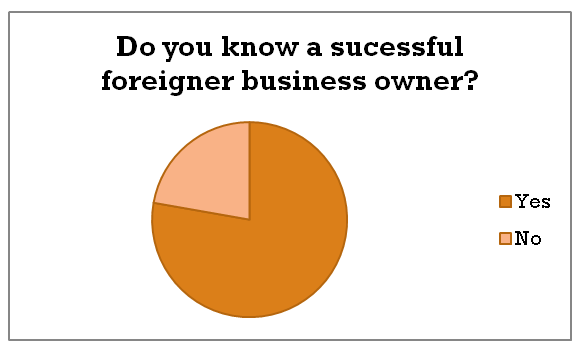 Interestingly, one of the questions aimed at the participants was about their knowledge about successful foreigners, entrepreneurs in Bratislava. The majority (14 people) mentioned restaurant business owners like Next Apache Cafe, Dancing School Miguel Mendez, IT professionals, etc. The majority coincided that establishing a business in Bratislava could be challenging for foreigners. Only three participants did not respond to the question or did not know anyone.

Concrete steps for the integration of foreigners (Based on participants’ responses)

In general, the participants feel that language is a great barrier to fully integrate to the Bratislava community, many expressed needed more information in English while they continue to learn the local language.

Some other suggested easing documentation processing for instance drivers’ license homologation or finding other forms to better interpret official documents of simplifying of official administrative transactions.

For example:
This roundtable has been organized under the project "Migration Compass" supported by European Social Fund.